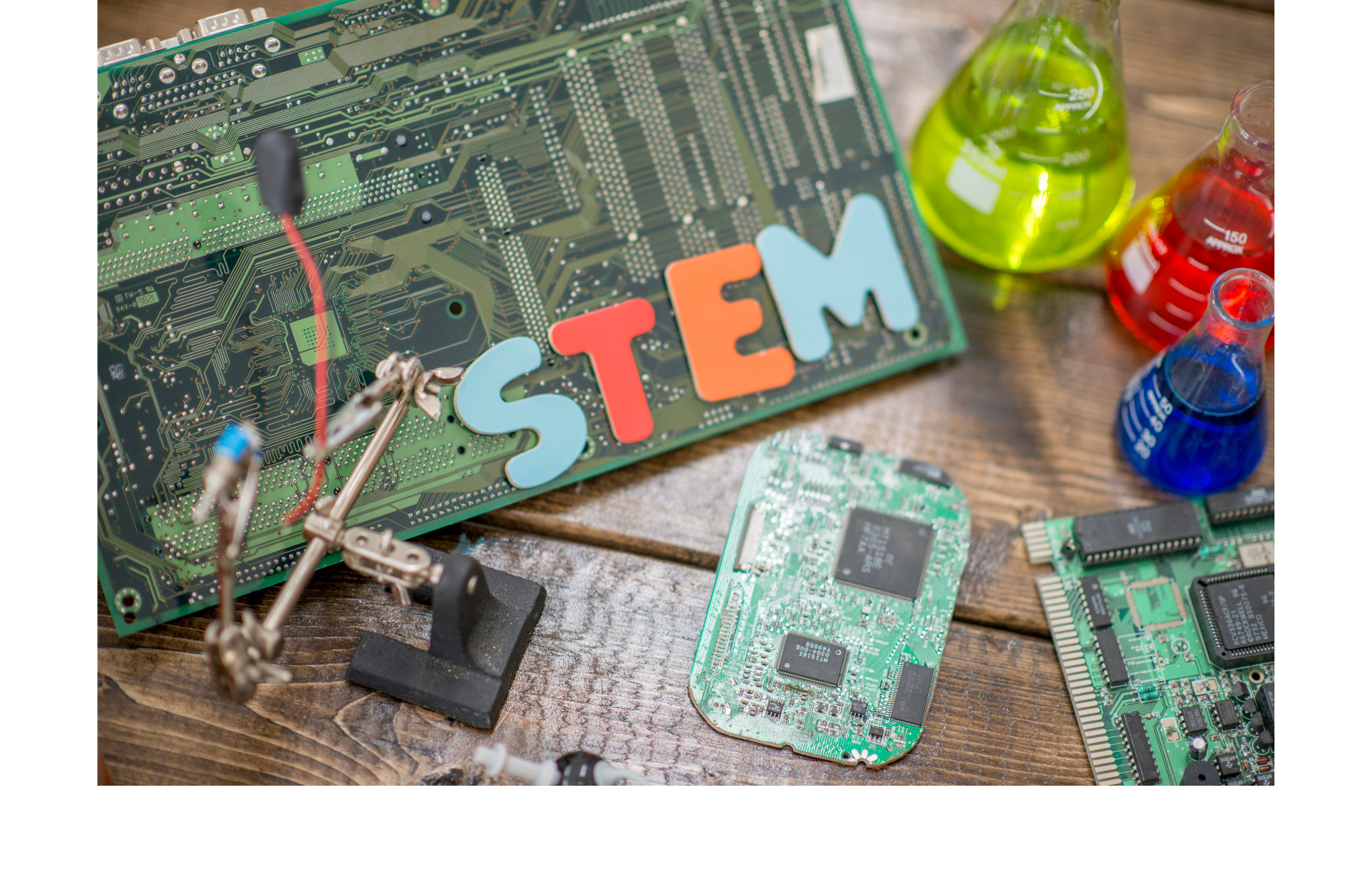 For the last two decades, the United States educational system has sought to emphasize the importance of STEM subjects in its national curriculum. STEM – which stands for science, technology, engineering, and mathematics – is a familiar term for many students, parents, and educators. Adopted by the U.S. National Science Foundation in 2001 [1], the myriad of subjects and disciplines that are grouped under the term “STEM” have been a corner-stone in conversations about education and career-readiness in the U.S. However, despite the efforts put in at the national and state level, there has been little improvement in students’ test scores [2] and the push for STEM excellence in the U.S. struggles to find momentum. This is compounded by the National Center for Educational Statistics findings that “of the 1.8 million bachelor’s degrees awarded in 2015-2016, about 331,000 (18 percent) were in STEM fields” [3].

At the same time, there is a reportedly high demand in STEM-related careers – from a variety of engineering fields, virology, cyber security, and more. It has also been reported that students who major in STEM subjects earn more, even if they are not employed in a STEM field [4]. Because of this, it has become common knowledge amongst students and parents that if you want a career that will earn you financial success, entering the STEM field is a favorable choice. There are, of course, many caveats to this claim but for the purposes of this conversation, the important point is to acknowledge the demand and desire for STEM-related jobs.

But there is an issue here: if the U.S. is currently under a “shortage” of students who excel in STEM, how are the students who are interested in entering the field supposed to find their way?

There is a robust conversation to be had about the STEM shortage, but it is equally as important to provide students (and their parents) with resources to pursue their passions even if they feel like their academic skills are lacking. So, to help discuss this conflicting and confusing topic is Yesenia Morales, one of Honor Academy’s math tutors and a graduate of California State University Long Beach’s engineering program.

During our conversation, Morales was quick to address a common misconception about the STEM field. While engineers, programmers, doctors, and the like are often the ones that garner the most public attention, there are a host of less “glamorous” careers in the field that students are unaware of. Morales gives us an example:


There are many careers that are often left in obscurity, closing gates into the STEM industry for students who have an interest in the field but are more skilled in “liberal arts” subjects. One example is the field of technical writing, where individuals learn specific jargon in order to write manuals, instructions, and reports for various industries. Morales tells a humorous anecdote about how she and her classmates were assigned to write instructions for an assignment themselves and how “[they had] no idea how to write… everyone’s instructions were so vague.” So, although writing and STEM are often seen as two unrelated subjects, writers have an important place in the STEM industry.

Another example is with art. Although engineers can make a car work, it takes a team of designers to create something that will be appealing to the public. The same goes for creating cutting edge designs in the cell phone industry. In fact, art and design are so intertwined with technology that many major art schools offer courses and majors in fields like automobile design. This is why there has been a conversation to change STEM into STEAM – adding an “A” to represent art because of its critical role into many STEM fields. There are also sectors like marketing or management that ensure the company that supports the engineers are working smoothly or construction workers and laborers who are the ones that actually put together large projects. Within the STEM industry, as a whole, there is already so much variety and possibility for careers that do not require expertise in a STEM subject. When we discuss the future of students in the “industry,” it is important to remember that careers and work do not exist in a vacuum – to quote Morales, “one company is not just engineering; it takes a whole team.”

But there are still many students who want to pursue a degree in a STEM subject, and many more who find themselves underprepared like the statistics at the beginning of this article show. At the center of our discussion about this issue was math. Not just how many students underperform in the subject, but how misconceptions about math’s purpose haunts how it is approached as a discipline. For example, there is a particularly insidious assumption that higher level math (say, from algebra two and beyond) is “impractical” and will not be useful. A simple glance at social media shows that there is a large amount of “relatable” online jokes about going years without ever needing to use the formula to find the slope of a line. But Morales and many other math-enthusiasts would argue otherwise. She says:

“A lot of math is problem-solving skills… it’s [about finding] the missing piece of the puzzle. There’s something about looking and finding different ways to solve the same problem that’s so interesting… [math] helps you solve and figure out that there’s more than one way to get the same answer.”

Like Morales, many STEM educators argue that limiting the definition of STEM strictly to the parts of the acronym creates a narrow understanding of the true breadth of these subjects. Math is not just about memorizing formulas and numbers, but following paths of logic and building critical thinking skills. For some mathematicians, it can be as much of a creative endeavor as painting. As the conversation around STEM continues to evolve, it is important for all the people involved – students, parents, and educators – to reexamine what STEM means to them. For example, a student who does not do well in math at the high school level but has exceptional problem solving skills may still find a place for themselves in the field or thrive in a different math discipline.

One of the things Morales believes parents can do to help their students with math is to “play into [the student’s] strengths.” That does not mean that parents should not seek tutoring or extra help to improve their student’s weaknesses, but they should not fixate on something that can be difficult to change when there are likely other things that the student excels at. As we have already seen, there are many STEM-related careers that do not require an expertise in STEM subjects, and we must ask ourselves whether these should be considered under the umbrella term STEM even if they do not “fit” into the acronym. When our definition of what “STEM” is expands, we may find that students who excel at design are just as prepared for the field as students who are able to ace calculus.

Outside of high school ambition, the pursuit of a STEM education continues to be an arduous task. Morales describes how in high school she was a very high performing student, but when she went to community college it “kicked [her] butt.” It was a rude awakening – Morales found that she needed to put in much more effort than she ever had before. But she reminds students that failure is not the end of the road and it’s what you learn from that failure that’s important. In fact, she emphasizes that a four-year university is not the only way to enter the STEM field:

“I know so many students that have gone to community colleges then they transferred to UC Berkeley… it’s all those people who have no fear in the failure… that really strive. I know astronauts that went to community college and then they went to San Louis Obispo… they’re not any different than us and that’s why I enjoy hearing about their stories… the failure of it [is] a part of the process but… there’s a way to get to the goal.”

In addition to community college are certification programs, trade schools, and apprenticeships. These are all alternate “paths” to reach your goal. Just because a student does not find immediate, easy academic success does not mean that they cannot enter the field of their dreams.

When asked how schools might be able to ignite a passion for STEM in students, Morales suggested touring facilities that show all facets of the STEM field – from the engineers and craftsmen to the designers, marketers, finance teams, management, and laborers. She believes that if students see that there is a place for them in this field, despite their “lack” of STEM skills, it could inspire them to pursue a career they would not have considered before. Even with students who already have an interest in STEM, it could provide them with a better sense of the day-to-day work they would be doing and they could gain valuable insight on how to break into the field.

Even today the conversation of STEM education continues to change and evolve in the U.S. In fact, the data cited at the beginning of this essay is not above scrutiny. The majors listed by the National Center for Education Statistics as part of the STEM field are: “biological and biomedical sciences, computer and information sciences, engineering and engineering technologies, mathematics and statistics, and physical sciences and science technologies.” This does not include “health professions and other related programs” which had 228,896 graduates in 2015-2016 [5] even though health professionals must specialize in STEM subjects, mainly human or animal biology. Aren’t they also studying a science and working with technology? This continued discourse surrounding the field means that the lines between STEM and non-STEM majors are more unclear than we had assumed.

What this means for students is yet to be seen. But Morales is optimistic – “the path is not straight… [but] as long as you create a goal and you make it to that goal, it’s always the journey that’s the most fun.”

Listen to the full interview with Yesenia Morales here: