10 Books to Make Your Student Sit Down & Read 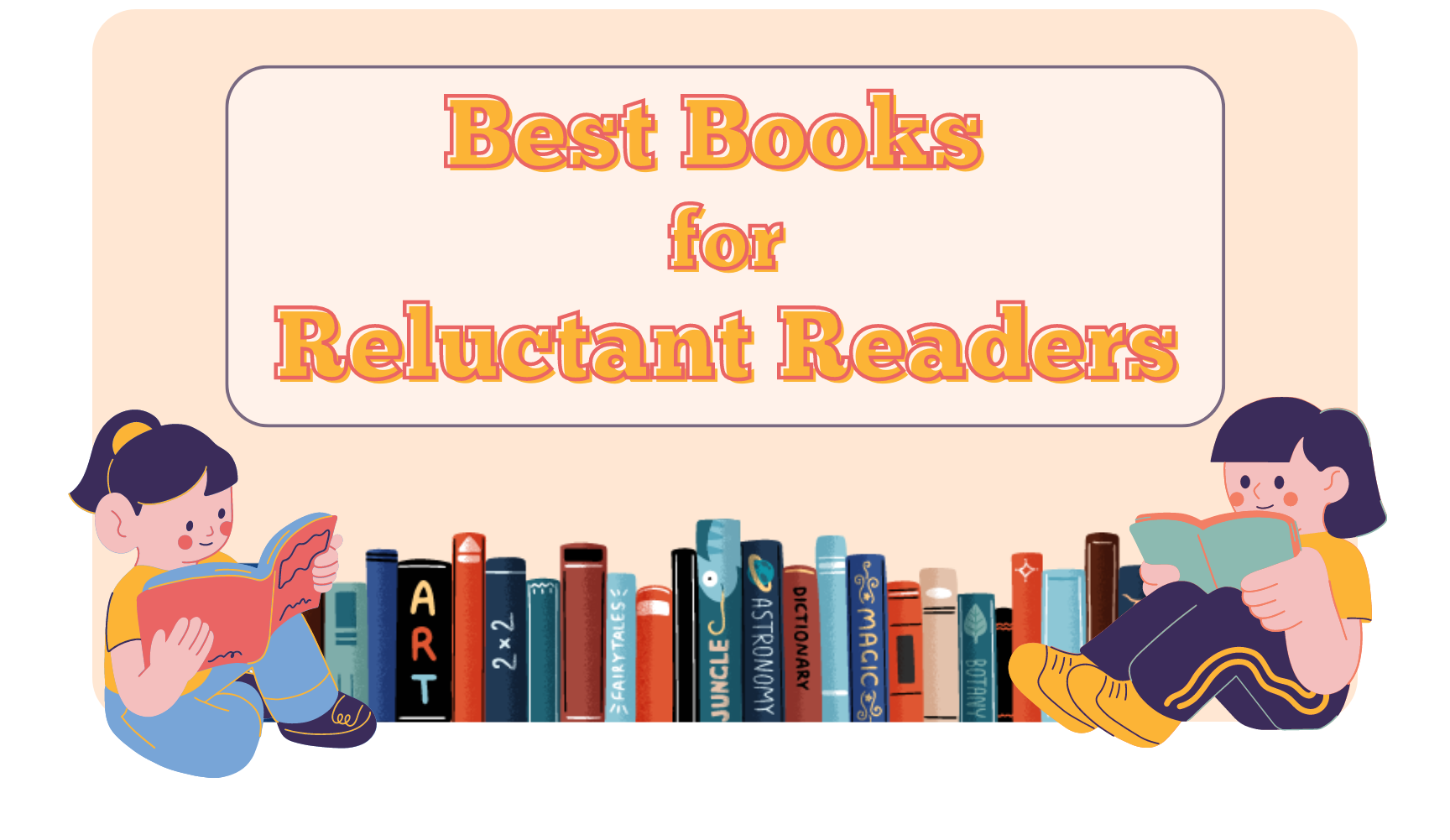 There is no denying that reading teaches skills that are valuable both inside and outside of the classroom. The problem is that the only way to get better at reading is to read often and with purpose. But what do you do if your student is a reluctant reader: someone who would rather spend their time doing anything but reading?

Seeing your child constantly spend hours in front of their electronics can be an understandable source of parental anxiety. However, just forcing books into their hands won’t work either – you can make a student read 50 books a year but if they don’t engage with any of it, they might as well have read nothing.

While it is unrealistic to expect one book to transform a reluctant reader into an avid bookworm, finding the right book can be an important first step in the process. This challenge, however, can feel Herculean. That’s why today, the English tutors at Honor Academy have put together a list of some of the best books for reluctant readers between 10 to 15 years old. All these books are taught in our book club class and offered as worksheets to interested parents. 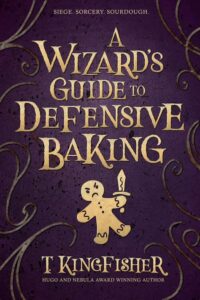 Summary: Mona is a wizard, but not the kind you might be imagining. Her magic only works on bread and when your magical talents amount to making gingerbread men dance, you don’t think there is going to be much excitement in your life. But when Mona finds a dead body lying in the bakery early one morning, she finds herself caught in the middle of a conspiracy to rid the city of wizards and learns that even a bread-witch has powers you could only dream of.

The Wizard’s Guide to Defensive Baking is not only unique and eye-catching, it rides a tonal line that is incredibly appealing to young teens. Its opening scene grabs your attention and the plot has plenty of action, political intrigue, and drama to give the story high stakes. However, it isn’t afraid to be goofy and fun when it needs to be, helping to alleviate the tension from the more dour moments. Mona’s dorky charm makes her a relatable protagonist and a great friend for the reader as they journey through the book’s twists and turns. The Wizard’s Guide to Defensive Baking is a refreshing, fun, and surprisingly mature fantasy adventure for anyone looking for a little more spice in their books. 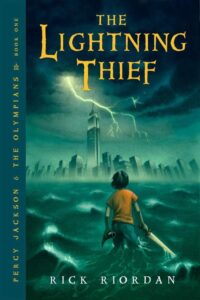 Summary: Percy Jackson knows he’s different – he has dyslexia, ADHD, and can never stay in one school for very long. But after a school field trip gone awry, Percy must spend his summer at Camp Half-Blood where he discovers that he is a demigod: half human and half Greek god. With his new friends, Percy must set out a quest to prevent an all-out war between the gods and, hopefully, save his mother.

The Lightning Thief is the first book in Rick Riordian’s widely successful Percy Jackson and the Olympians series. Readers will find themselves laughing along with Percy’s sarcastic narration, gasping at the action scenes, and cheering as the young cast overcomes adversity to tackle a problem of titan proportions. Percy and the other demi-gods allow readers with ADHD and/or dyslexia to feel empowered because of how the disorders are portrayed in the books. The Lightning Thief, and its sequels, are also a great way to introduce readers to the world of Greek mythology, opening up doors to an entire genre of books. With the Percy Jackson series making its way onto Disney+ as early as next year, it’s never been a better time to join Percy, Anabeth, and Grover in Camp Half-Blood. 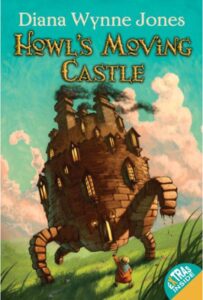 Summary: Sophie Hatter is a plain, ordinary girl. While her sisters go on to study magic and start a family, Sophie quietly continues working at the family business. But when a chance encounter with the infamous Witch of the Waste leaves Sophie cursed, the only person who might cure her is the wicked Wizard Howl who is rumored to steal and eat girls’ hearts.

Although most people know the story of Howl’s Moving Castle because of the 2004 animated movie by Studio Ghibli, the original book is itself a wonderful piece of young adult fantasy. The Howl and Sophie in the novel are a match of wits and sarcastic quips rather than a romance written in the stars of destiny. Sophie especially is relatable as a young woman struggling to find a place for herself in the world. This book is a great option for readers who already enjoy anime and manga or the Studio Ghibli movie. Magic meshes with politics to make a charming, timeless classic about finding the strength and courage to love yourself and others. 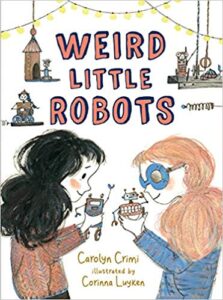 Summary: Penny Rose has never had best friends – well, besides the little robots she makes in her shed – until she meets Lark, a unique girl who loves birds and marches to the beat of her own drum. When Penny Rose discovers her robots are alive, everything seems to be perfect. But what will Penny Rose do when an invitation from a Secret Science Society begins to put her newfound friendship to the test?

While Weird Little Robots is for a slightly younger audience than the other books on the list, it stands out for its unique premise. It’s a perfect book for young STEM lovers and the illustrations bring life to the already charming story. Penny Rose’s inventions inspire creation and Lark’s knowledge about birds is a wonder to behold for young biologists. Moreover, it is easy to read Lark as having autism or ADHD, making her great representation for children, especially young girls who are underrepresented and underdiagnosed with these disorders. Weird Little Robots is a touching story about the importance of friendship and having space to explore your interests. 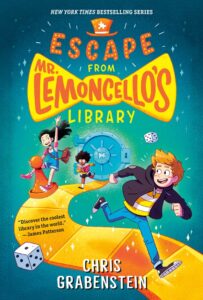 Summary: Kyle Keeley is a big fan of board games – especially ones made by the famous game designer Mr. Lemoncello. So, when he hears that his hometown’s new public library is being funded by the eccentric game-maker, Kyle is eager to be one of the twelve twelve-year-olds invited to explore the library a night early. But what will Kyle and his friends do when the library turns into Mr. Lemoncello’s biggest, highest stakes game yet?

Sometimes, the best way to approach a reluctant reader is to ease them into it with something fun to break the stereotype that books are uninteresting or “old.” Rather than focus on a complex plot or themes, Escape from Mr. Lemoncello’s Library is easy to read and easy to enjoy for a wide variety of ages. The main character, Kyle Keeley, is himself a reluctant reader who finds a greater appreciation for both books and libraries as the story goes on. The book also gives you an opportunity to visit and explore your local library with new eyes. 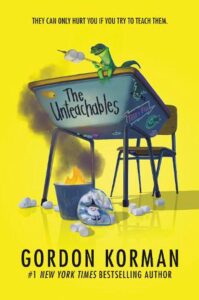 Summary: Everyone at Greenwich Middle School knows who “The Unteachables” are. They were kids that refused to be taught, so the school put them in Room 117 until they became the high school’s problem. But The Unteachables meet their match when old, unmotivated Mr. Kermit is assigned to their classroom. A teacher who hates teaching and students who hate to learn. What could possibly go wrong?

The Unteachables chooses to tackle an uncomfortable truth: there are teachers that don’t try and schools that don’t invest in their students. “The Unteachables,” as the students of Room 117 are called, and Mr. Kermit are both products of their environment and it’s in their shared efforts that they are able to succeed. All kinds of students will be able to see themselves in the ragtag group of Unteachables. While the topic may seem heavy, The Unteachables is a funny book with shifting points of view, keeping the story fresh and full of humor throughout. Even Mr. Kermit is funny with his sarcastic narration and exasperation as he tries to keep up with his students. Readers of all ages will find themselves laughing along with Room 117’s antics and Mr. Kermit’s efforts to keep up. 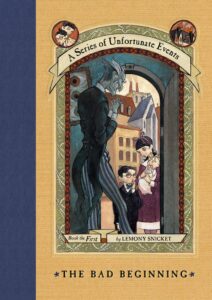 Summary: Violet, Klaus, and Sunny Baudelaire are incredibly unlucky siblings. First, their house burns down and kills their parents. Second, they are sent to live with their awful distant relative Count Olaf. Third, none of the few adults around them can help. It’s up to the Baudelaire children to survive and escape the Count’s clutches on their own.

The first in Lemony Snicket’s famous Series of Unfortunate Events series, The Bad Beginning lays out the dark humor and storytelling style that makes Snickets’ books stand out in the ocean of children’s literature. Snicket isn’t shy in how he portrays the very real ways that the world can be cruel to children. At the same time, the book knows how to make its tone just dark enough to be enticing to young readers and how to pepper in plenty of sarcastic, tongue-in-cheek humor to keep them interested. The Bad Beginning is perfect for readers who want something a little mature without jumping straight into the world of young adult fiction.

Summary: Nobody Owens, also known as “Bod,” is a normal boy raised in a graveyard by ghosts and a stoic, otherworldly guardian. There are dangers in the graveyard, of course, but the real trouble comes from the land of the living where a mysterious man named Jack lurks in the shadows, looking for Bod. Follow along as Bod grows up, explores his small world, and defies his own fate.

Parents and children will recognize Neil Gaiman from his book Coraline which was adapted by Laika Studios into a stop motion animated movie. For fans of Coraline’s dark tone, The Graveyard Book is the next stop in exploring both Gaiman’s work and the horror genre. This is the darkest book on the list, with explorations into themes of death and macabre imagery throughout with little humor to off-set them. However, the book has enough maturity to let these ideas linger without going for a cheap scare. Instead, the main focus of the book is on Bod’s growth. The dark aesthetics and themes draw in readers who feel like they’ve “outgrown” children’s literature without being too challenging or intimidating. 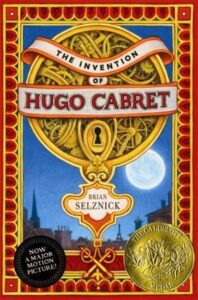 Summary: Hugo is a young boy who lives in the walls of a bustling Paris train station. He spends his mornings and nights taking care of the station’s clocks, but he’s also working on something in secret. When he is caught stealing by a bitter old toy maker, Hugo’s secret is in jeopardy. But like clockwork, events have been put into motion that will surprise even Hugo as he is thrown into a mystery that goes back decades and will take him all the way to the moon.

You might recognize this book from its hit movie adaptation Hugo, but the book itself is a treat for the eyes. Full of captivating illustrations, The Invention of Hugo Cabret walks the line between picture and chapter book. However, this does not make it a “childish” book at all as it deals with themes of loss and legacy. By incorporating the real life mystery surrounding the works of filmmaker George Melies, The Invention of Hugo Cabret is a must-read for young film lovers and a great introduction to historical fiction. The illustrations also make it very accessible for younger readers who may have trouble handling these same ideas and themes in a book with denser prose. 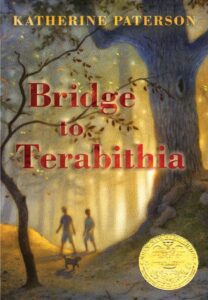 Summary: Jess Aarons – a lonely farm boy without much confidence – unexpectedly befriends his new classmate and neighbor, the imaginative and fun Leslie Burke. Together, the two friends explore the woods near their home in the imaginary land of Terabithia. However, a sudden tragedy will force Jess to use the lessons he learned in Terabithia to face his greatest foe yet: grief.